Joint Stability in the shoulder complex

There are 3 common shoulder conditions for which a client presents to physiotherapy which have a biomechanical - motor control basis for both the aetiology and continuation of dysfunction. These include

These altered biomechnical conditions are a result of misuse, disuse, abuse whose damage causes a reciprocating viscious cycle of muscle-tendon atrophy, degenerative changes, and immune-metabolic dysfunction. At Back in Business Physiotherapy we use a combination of 'hands-on' therapy, exercise and nutritional supplementation to optimise the rehabilitative process.

Immunological factors as a result of disuse

A biphasic stress response has been described in muscles during 'reloading' after a period of 'unloading'. Mechanical unloading as a result of disuse results in substantial muscle atrophy. This atrophy is a result of both increased protein degradation and reduced protein synthesis. Signaling pathways leading to this, include oxidative stress, proinflammatory signaling, reduced stress response, including heat shock proteins (HSP) and insulin-like growth factor (IGF-1). Insufficient HSP and antioxidant enzymes elicits oxidative damage of proteins and lipids (Lawler et al 2003, Free Radic Biol Med, 35, 9-16). Hence, unloading elevates oxidative stress. Paradoxically, loading also elevates oxidative stress. Nuclear Factor kB (NF-kB) has been implicated in both processes. During unloading it is thought to induce numerous pro-inflammatory genes including nitirc oxide synthase, cytokines, ubiquitin pathway ligases as a result of withdrawal of the stress - response including HSP25, HSP70, IGF1/Akt pathway (Lawler et al 2006, Muscle Nerve, 33, 200-207). The early portion of reloading, after a period of immobilisation is characterised by muscle damage and inflammation which requires a cognitive approach using a realistic time-frame for recovery to take place. although, muscle recovery after 7-10 days of unlaoding is rapid (7 - 9 days), prolonged immobilisation greater than 17 days exhibits impaired recovery of muscle mass (Kasper 1995, J Appl Physiol, 79, 607-614). Reloading of muscles have been shown to result in a large up-regulation of NF-kB DNA-binding activity (Lawler et al 2012, Med Sci Sp Ex, 44, 4, 600-609). HSP25 phosphorylation decreased during prolonged unloading but returned to normal after 28 days of reloading. HSP70 and IGF-1 remained depressed during short term reloading but returned to normal levels as muscle mass improved, whereas in contrast Akt phosphorylation was greater in short term reloading but returned to normal by day 28 (Lawler et al 2012).

Joint stability in the shoulder

Patients frequently seek treatment for pain in various parts of the body, but infrequently present for treatment of thoracic pain. Yet, simple, quick assessment and correction of the thoracic rings frequently demonstrates a link to the pain and musculoskeletal dysfunction in areas some distance away. Wainner et al (J orthop Sports Phys Ther, 2007; 37, 658-660) describe regional interdependence as “the concept that seemingly unrelated impairments in a remote anatomical region may contribute to, or be associated with, the patient’s primary complaint.” This perception suggests that interventions targeting adjacent anatomical areas may directly affect the outcomes of the involved joint. Boyles et al (Manual Therapy, 2009 Aug;14(4):375-80) and Strunce et al (J Man Manip Ther, 2009, 17(4): 230-236) have demonstrated the immediate effects of thoracic spine thrust manipulation on patients with shoulder impingement syndrome. The latter describing  a 51% reduction in shoulder pain, 30-38 degree increase in range of motion (ROM), and a mean patient perceived global rating change of 4.2 in 21 subjects. McCormack (J Man Manip Ther., 2012 Feb;20(1):28-34) showed a 25 degree improvement in shoulder ROM when using thoracic spine manipulation in the treatment of adhesive capsulitis. Brian Mulligan described 'mobilisation with movement' (MWM) techniques on the first rib which have dramatic effects on the cervical ROM for contralateral lateral flexion and ipsilateral rotation. Canadian physiotherapist Linda Joy Lee has advocated ring shift corrections for low back pain, pelvic girdle pain and hip problems, as well as shoulder and neck issues. 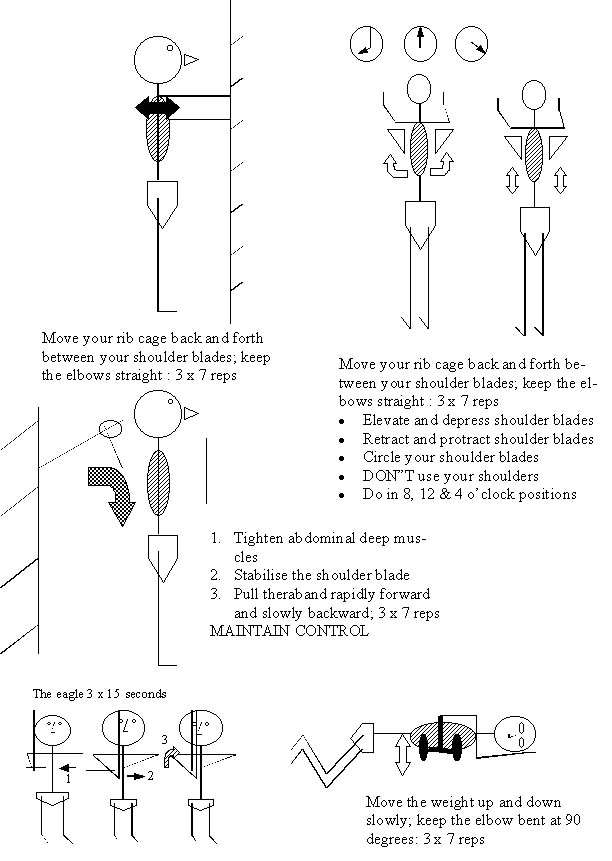 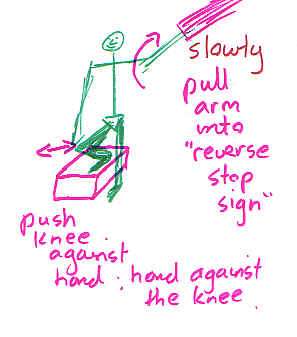 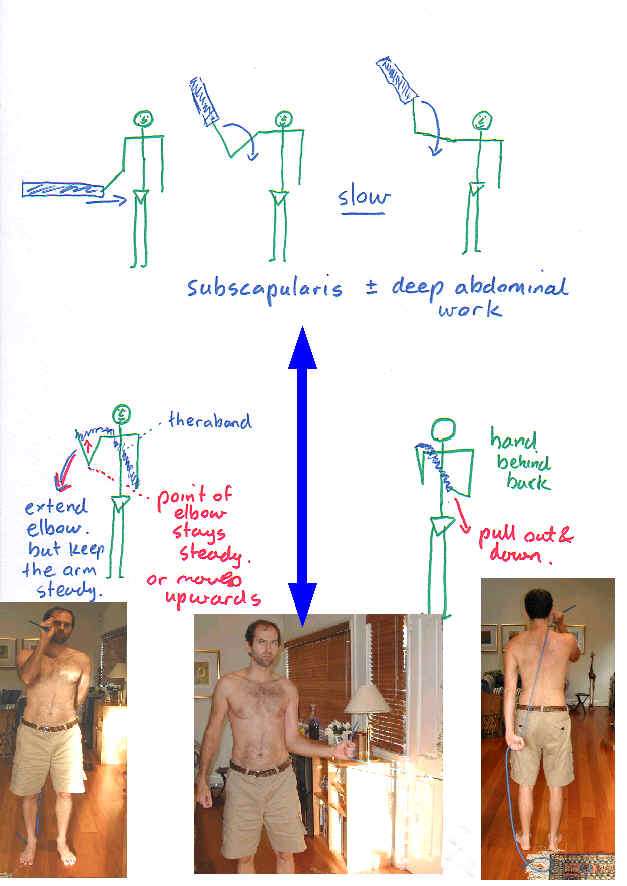 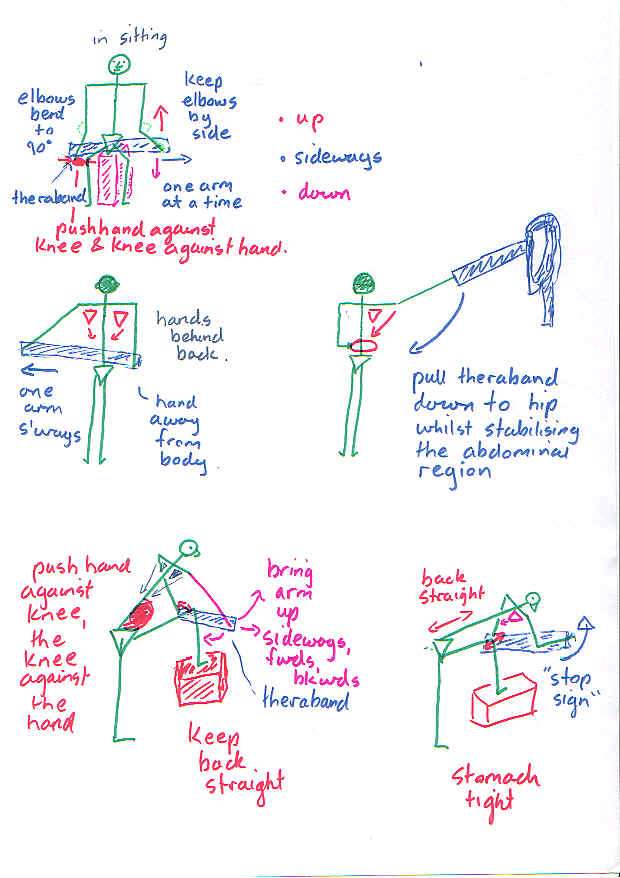 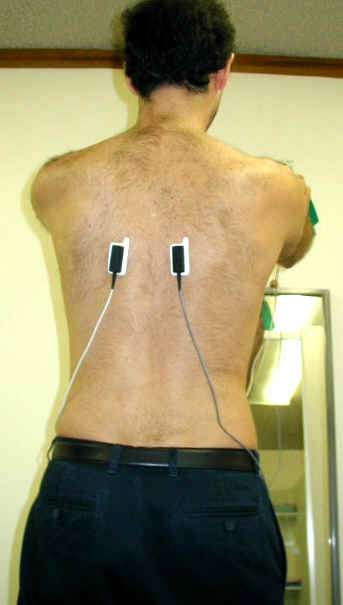 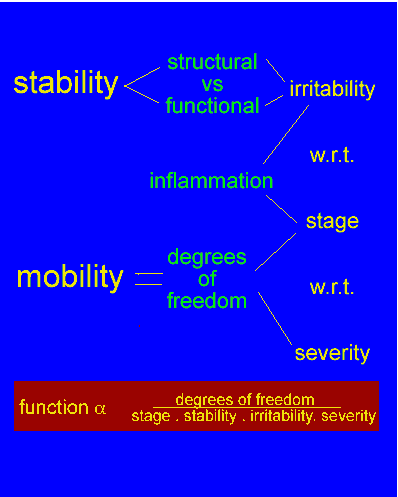