Scoliosis: what it is and how we treat it 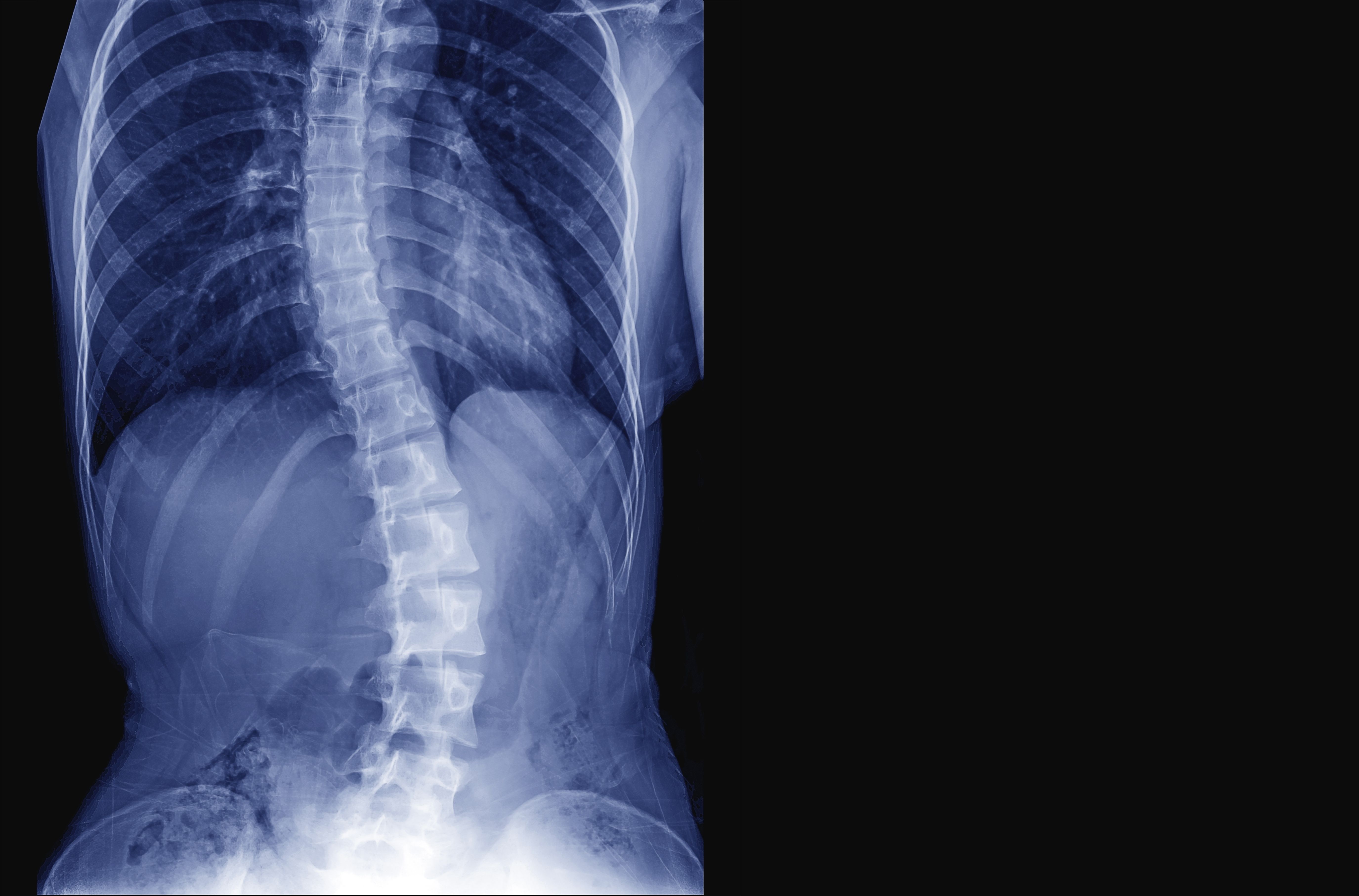 Have you ever been told that carrying a heavy backpack on one shoulder or sleeping on one side can warp your spine? This isn’t necessarily the case (although carrying heavy backpacks incorrectly, certainly doesn’t do your back any good). There is, however, a condition called ‘scoliosis’ that can lead to the spine becoming unnaturally curved. It is usually first identified in childhood or adolescence, but can affect people of any age.

Scoliosis is a condition that causes the spine to curve sideways and to rotate. It can be caused by other conditions, such as cerebral palsy and muscular dystrophy, or by issues elsewhere in the body, but the cause of most cases of scoliosis is unknown. In fact, around 80% of cases have no identifiable cause.

There are two main categories of scoliosis:

Structural scoliosis is permanent, although symptoms can be reduced. Functional scoliosis, on the other hand, can often be resolved.

Most cases of scoliosis are mild, and it may take a while to notice it at all. However, the more severe the curve, the more of an impact it will have on your life. Some cases can continue to worsen over time. In severe instances, the amount of space within the chest can be reduced, affecting lung function and restricting the heart’s ability to pump effectively. The curve of the spine can also impact other areas of the body, causing pain or muscle spasms elsewhere.

Mild cases of scoliosis cause little or no pain, but there are other signs that you can look out for. The most common symptoms of scoliosis are:

In more severe cases, you may experience:

Cases of scoliosis are often first spotted when a friend or family member notices that the person’s clothes are hanging unevenly, or that their spine appears curved when they see them changing or in swimming clothes.

Most scoliosis patients will be identified as children or teenagers - commonly during growth spurts around the time of puberty. However, some cases of scoliosis may go undiagnosed well into adulthood, and some adults will develop degenerative scoliosis as they age.

The impact of scoliosis

Around 90% of instances of scoliosis are considered mild, and these are often thought to not need treatment as they cause little or no pain. However, even mild curvature of the spine can lead to other issues, such as:

● Difficulty maintaining balance
● Uneven gait when walking or running
● Loss of alignment in the hips
● Reduced range of motion due to lessened flexibility in the spine
● Muscle aches or spasms
● Loss of stability, increasing the risk of injury or damage to tissues
● Low self-esteem if the curve is noticeable or clothes appear uneven

Therefore, it’s always worth looking into what treatment options are available if and when scoliosis is first noticed.

In some instances, particularly those of children, it may be necessary to wear a back brace to prevent the curvature from worsening.

Physiotherapists will then focus on developing an exercise routine to strengthen your muscles, increase your mobility and develop core stabilisation. Massage and hydrotherapy can also help to reduce pain and discomfort.

German physiotherapist, Rudolph Klapp, from 1905, developed a form of 4 point exercise called 'Klappisches Kriechen' , and were first demonstrated at the International Sport Student meeting around the 1936 Olympics. To this day, this form of therapy is still utilized in the German speaking world. Having learnt this technique in 1988-1990 in Switzerland, I devloped a profound appreciation of exercises on the hands and knees, including those found in Hatha Flow Yoga.

Additional methods of treatment include

In severe cases, surgery may be required, but this is becoming much less common practice due to advances in early detection programs and bracing treatments. Surgery is always a last resort if all other forms of therapy have not proven effective.