Do you suffer from pain or discomfort in your neck, shoulders, forearm or wrist?

Do you regularly sit at your workstation and or computer for hours at a time?

Are you aware of your posture at your desk or do you adopt any position that feels ok at the time?

Are you aware of how to set your workstation up so it minimises the strain on your body?

If you recognise any of these above factors, you may benefit from not only having physiotherapy treatment for your symptoms, but you may also benefit from an individual workplace assessment.

Here at Back in Business we can assist you with both areas. We can assess your injury, provide appropriate treatment

Did you know that if you sustain a small movement repetitively

or hold an object with more force than is necessary, the blood flow to the area can be hindered from clearing away the waste products and this can change the biochemistry of the area and result in a compromised viability of the affected tissues? This can often happen with continuous use of the mouse, for example.

The first signs of this happening can be a soreness or ache while at work. If the condition is not resolved, the length of time symptoms are experienced often increases.The earlier these symptoms are addressed the quicker they can be resolved. The team at Back in Business can assess your injury and advise you on the best forms of management.

How you sit in your work chair determines the positioning of your low back but also your head and neck. If you are sitting slouched and on your tailbone, like a series of dominoes, your head and neck cannot possibly be in a good position. Most commonly your head will also be poked forward creating shearing forces at the base of the skull and base of the neck. These postures can contribute to headaches, neck pain, shoulder pain and more. Adjusting your sitting position, so that you are sitting on your sitting bones (ischeal tuberosities) is the first step to taking strain off your head and neck areas. Ensuring you have a sound ergonomic setup of your workstation is important, especially if you are receiving treatment for an issue where posture is a contributing factor. The team at Back in Business can arrange to assess your workstation and advise you if any adjustments are required.

Long periods (3 hours) of sitting has been shown to result in a significant impairment in the circulation in the legs. Specifically, attenuated shear rate on superficial femorial artery flow mediated dilation occurs, which has been associated with cardiovascular disease risk factors (Thosar et al 2015, Med Sc Ex Sp, 47, 4, 843-849). Since the time of initial writing (2001), stand up desks have become more affordable and common place. In fact, people have referred to sitting as the new 'smoking' in terms of it's detrimental affect on general health. Shifts in innate immune function have been demonstrated after reduced sitting (Noz MP et al 2019, J Am Heart Assoc, 8, 21, 3764). Both long-term and acute benefits of reduced sitting on vascular flow and function have been demonstrated at a cardiac and cerebral level (Hartman et al 2021, Med Sc Sp Ex, 53, 2, 341-350).

Taking regular breaks from sitting or using a standing desk may ameliorate blood flow issues. However, standing cannot be static and postural perturbation exercises should be employed. Additionally, short periods of walking between static behaviour is recommended. Even small breaks from sitting can plausibly have potent effects on the fluctuation on blood flow shear, which may be a mechanism which stimulates improved endothelial blood vessel function.

A particularly intriguing question is, whether a general exercise program would be protective against the deleterious effects of 3 hours of continuous sitting? A 16 week programme of low intensity exercise and the aim of reducing sedentary time by 30 minutes in middle aged individuals with high blood pressure, resulted in a 1 hour reduction in sedentary time, improved peripheral vascular blood flow and function, as well as increased cerebral blood flow, without changes to cerebrovascular function (Hartman YAW et al, 2021 Med Sc Sp Ex, 53, 2, 341-350).

In a Swedish study (2011), two workplaces in dental care were asked to devote 2.5 hours per week to physical activity, distributed across two sessions. Another group had the same decrease in work hours but without obligatory exercise, and a third group maintained their usual work hours, 40 hours a week.

The results showed that all three groups were able to maintain or even increase their production level, in this case the number of patients treated, during the study period compared with the corresponding time the previous year. Those who exercised also reported improvements in self-assessed productivity -- they perceived that they got more done at work, had a greater work capacity, and were sick less often.  https://www.sciencedaily.com/releases/2011/09/110906121011.htm

If notthing else, improved mood would presumably improve work productvity.

Instead of using a mouse, have you thought about using X Box controller?  http://www.instructables.com/id/Use-an-Xbox-360-controller-as-a-mouse/ All you need is Windows XP or above, a spare USB port, and an Xbox 360 wired controller. This costs $40 retail, but you should be able to find it for around $20 online. If you don't already have a wireless controller or you only have one (and want another controller for multiplayer games on your Xbox 360) then the wired controller is the better choice. 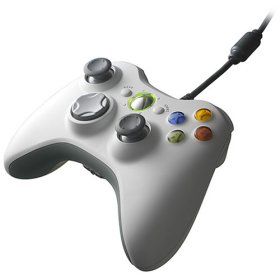 Alternatively, a vertical mouse can be an effective way of managing arm and neck discomfort. Unlike the 'normal mouse' where movement occurs as a result of the shoulder blade dropping down and forward, the vertical mouse uses a hand gripping process, as well as bending and straightening of the elbow. Movement of the hand and elbow is more cognisant to the movement system than shoulder blade activity, since the former is in our visual field.

The following information represents the first incarnation of this website in 1998 and therefore represents some of the first information on work station ergonomics posted on the internet. Although the diagrams are dated, the information is still as relevant now as it was then. In fact, in the age of pandemics and people working from home, this information is particularly important, in a non-optimum environment. 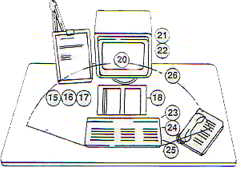 Get Rid of The Mouse and Buy A Pen Tablet

I don’t think anyone should be using a mouse. It was an ergonomic nightmare when it was invented and it still is today. Do this little test. Hold your arm out in the mouse position – forearm parallel to the floor, elbow cocked at a 45 degree angle, your palm facing down- and extend your index finger like you are using an invisible mouse. Hold it for 30 seconds and notice how awkward it is and how your arm doesn’t feel stable and strong. Now, without changing anything else, rotate you hand into a pencil holding position. If you are right-handed you’ll rotated your hand 45 degrees to the right. Feel the difference? Notice how your shoulder relaxes and how stable your arm feels now? That’s why you need to switch from a mouse to a pen tablet. Professional designers or serious hobbyists should spend the big bucks on the Wacom Intuos but regular folk will do just fine with the very affordable Wacom Bamboo. 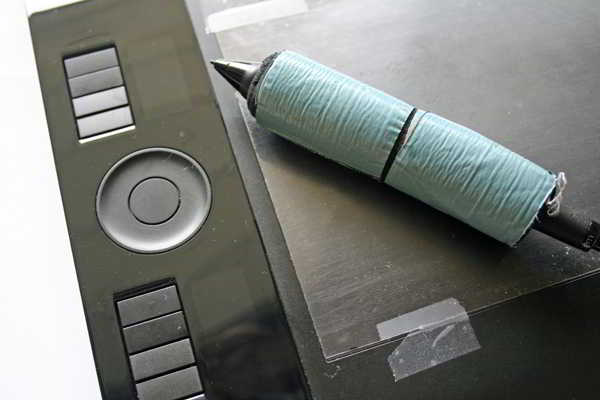 Although every attempt has been made to cover the majority of issues related to work station complaints, this list may not be exhausted and its' accuracy may change as new research is completed.  Seek a workstation assessment by a designated professional.

EMG biofeedback assessment may be necessary ? Tennis elbow or lateral epicondylitis has been shown to have a maladaptive impact on motor cortical maps in the brain which can result in chronic muscle hyperactivity and chronic or recurrent elbow pain (Schabrun et al 2015, Med Sc Sp Ex, 47, 4, 681-690). Physiotherapy using a muti-modal approach as well as electrotherapy and biofeedback can be used to address these issues.