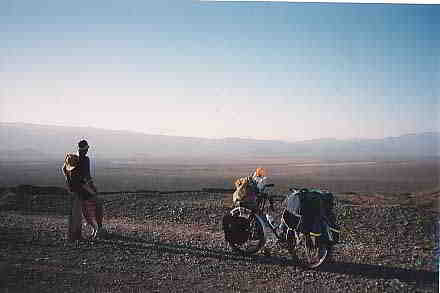 Manipulative Physiotherapists treat a variety of musculoskeletal dysfunctions usually involving the nervous system to vary degrees.  Such involvement may include the common 'pinched nerve' and/or the complex nature of the neurophysiology of pain.  Pain manifests itself in many dimensions.  No two people experience pain in the same way. Accordingly, Manipulative Physiotherapists ascertain the extent of neural hypersensitivity.  In particular, the therapist uses both the subjective and physical examination procedures to make judgement on the extent of peripheral and central nervous system involvement in the persons condition. ? M ain constituents of the

Is the brain acting as a filter or as an amplifier of sensory input?

Cognitive-behavioural models of chronic pain contend that appraisals of harm affect the individual's response to pain. It has been suggested that fear of pain and/or anxiety sensitivity predispose individuals to chronicity. According to this view, pain is maintained through hypervigilance towards painful sensations and subsequent avoidance. The present study investigates the nature of cognitive biases in chronic pain patients. A sample of 169 consecutive patients referred to a specialist pain management centre participated in the study. Questionnaires measuring different aspects of pain and a computerised version of the Dot-Probe Task were administered. Four types of words related to different dimensions of pain and matched, neutral words were used as stimuli. Reaction times in response to the stimuli were recorded. A factorial design 3 and ANOVAs were employed to analyse the data. Chronic pain patients showed a cognitive bias to sensory pain words relative to affective, disability, and threat-related words. However, contrary to expectations, those high in fear of pain responded more slowly to stimuli than those less fearful of pain. These results suggest that patients with chronic pain problems selectively attend to sensory aspects of pain. However, selective attention appears to depend upon the nature of pain stimuli. For those who are highly fearful of pain they may not only selectively attend to pain-related information but have difficulty disengaging from that stimuli. Theoretical and clinical implications of the data are discussed.