Most human movement involves low amplitude, moderate frequency vibration (<1g, 30-90Hz). Such mechanical loading results in what is termed mechano-transduction. The transition of a mechanical load to a hormonal response, involves the stimulation of hydroxyapatite crystals (interspersed amongst a collagen matrix), which in turn has an influence on osteoclastic (bone mineral resorption) versus osteoblastic (bone mineral forming) activity. As such, the use of WBV therapy, in the treatment of osteoporosis in the frail elderly, or young individuals with osteogenesis imperfecta, has become popularised in recent decades. Additionally, within the fitness industry, entire gym programs exist, which incorporate WBV machines (e.g. Galileo), to improve strength and agility. 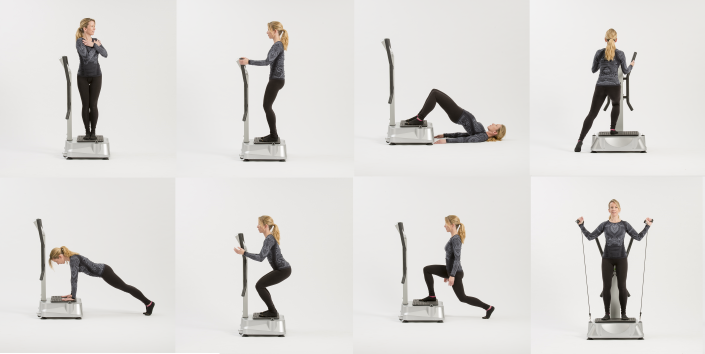 Although, superimposing exercises on WBV is very popular, the effect of 4 weeks of heavy strength training, superimposed with WBV, have shown equivocal results, when examining corticospinal neuronal drive (Weigal AT & Kidgell DJ 2012 The Scientific World Journal Article ID 876328  https://doi.org/10.1100/2012/876328 ). Twelve participants (6 male and 6 female aged between 18 and 27) performed four sets of six to eight repetitions at 80% of 1RM, with three minutes recovery between sets. WBV was set at 35hz and 2.5mm displacement. It may well be, that WBV has more obvious effects on people with greater functional impairment. One investigation, in poeple with strokes found, the effect on muscle strength and balance and gait function, were small. However, the effect for bone metabolism and spasticity were moderate, suggesting that WBV training may provide a safe, alternative treatment method for improving the symptoms of stroke (Park YJ 2018,BioMed Research International Article ID 5083634 https://doi.org/10.1155/2018/5083634 ).

It has been suggested that WBV works via at least two mechanisms. The first, traditional mechanism, was a direct influence on muscle mechanics. It was thought that the stimulation of working muscles stimulated the hydroxyapatite crystals and hence the osteocytes in the bone, thereby ameliorating osteopenia and osteoporosis. The more contemporary thought, is that WBV has a direct influence on the stimulation of the osteocalcin, residing on the bones, which in turn acts on the muscles, preventing or ameliorating sarcopenia, which then provides the functional strength needed for weight bearing activities and sporting accomplishments. It could obviously be both, where a cycle exists, of one influencing the other. If this were the case, then in functionally impaired people, the direct influence of the vibration on the bone will be more critical to muscle mass than in the athletic environment, where the exercises themselves, accompanied by the vibration, has a more profound direct effect on muscles, over the indirect effect from the bone?

Apart, from the therapeutic effects on the bones and muscles of the frail elderly, WBV has also been used to improve sporting performance, in athletes, through the stimulation of muscle. At lower frequencies (<20Hz) WBV is thought to help with muscle relaxation and hence can be used during stretching routines. WBV has also been used to improve explosive strength and postural control thereby enhancing athletic performance (Fort A, et al 2012, J Strength Cond Res. 26, 4, 926-36). At higher frequencies (30-50Hz), it's been used as an adjunct to plyometric (box jump) strength training, as it is thought, that each oscillation, is the equivalent to a jump, at a neurophysiological (muscle spindle receptor - spinal cord) level.

The addition of functional exercises, to the passive WBV stimulation, probably brings higher center motor control in to play. In fact, investigators have demonstrated enhanced descending modulation after 10 minutes of WBV, as well as reduced spinal cord reflex activity in the soleus muscle (Krause A et al 2016 J Musculoskelet Neuronal Interact., 16, 4, 327–338). In another investigation, it was shown that WBV, during squat exercise, compared to no WBV, led to a corticospinal facilitation concomitant with intracortical modulation, thus describing increased intracortical inhibition and diminished intracortical facilitation (Mileva KN et al 2009, Exp Physiol., 94, 1, 103-16). One could assume that these results represent enhanced motor control. 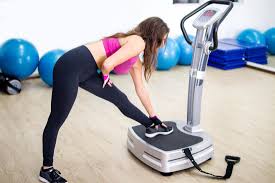 30 children (aged 9-13 years) with haemophilia. were divided into 2 groups, comparing standard physiotherapy to WBV (30-40Hz, 2-4mm amplitude, 15 minutes, 3 x wk for 12 weeks) in conjunction with standard physiotherapy. Researchers found that children in the vibration training group showed significant improvement in all outcomes including quadriceps strength, bone mineral density, and functional capacity, which was evaluated using a six-minute walking test. Children in the vibration training group were able to walk an average of 325 meters in six minutes compared to only 290 meters in the standard physiotherapy intervention group (El Sharmy S 2017 J Musculoskelet Neuronal Interact, 17, 2, 19-26).

Traditionally, bone has been considered an inert structure. Purely, providing the frame where upon muscles exert their work, through the bony levers. However, contemporary evidence suggests that bones are more than mere mechanical levers, where in fact the reverse applies, whereby bone acts on muscles. It's been suggested that bone remodelling is an energy intensive process which requires a sensor and regulator of energy needs. This hypothesis led to the demonstration a few years ago that osteocalcin, an osteoblast-derived protein, was a hormone regulating glucose and energy homeostasis (Lee NK (2007) Cell, 130, 456-469). Such an energy system, would suggest a gut-bone and a muscle gut axis. Indeed, gut-derived hormones such as glucagon-like peptides 1 and 2 and serotonin have been shown to regulate both bone remodelling and energy homeostasis (Henriksen DB et al (2009), Bone 45, 833-842; Ma, X et al (2013) Bone Miner Res, 28, 1641-1652; Sumara, G et al (2012) Cell Metab.,16, 588-600; Yadav, VK et al (2009) Cell 138, 976-989) Additionally, the review (Moser et al 2019) suggested that reduced osteocalcin affects male fertility, muscle mass (especially in the presence of sarcopenia), cognitive ability, brain development and inflammation. Even, suggestions of effects on tumours has been entertained. Apart from the effect of osteocalcin, on insulin sensitivity, described above, additionally it has been shown, in vivo mice experiments, that osteoblasts have Glut 4 receptors metabolically involved in glucose absorption, at a rate similar to that seen in muscle (Li Z et al 2016, Endocrinology, 157, 11,4094-4103). Presumably, WBV can have a direct effect on osteoblasts as well as osteocalcin, suggesting a dual mechanism of action? 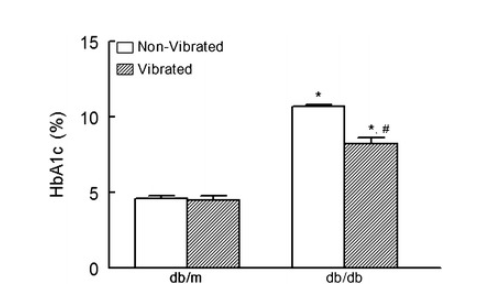 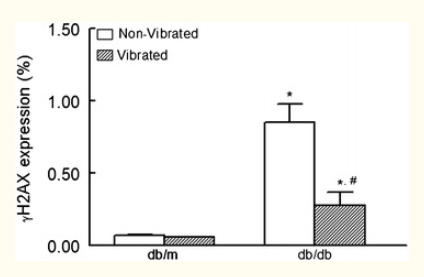 Since publishing our book in 2009, both human and animal research has shed more light on some of the significant beneficial effects of WBV. Furthermore, the mechanism by which it has such an effect, seems to reside within bone itself and osteocalcin in particular. Further research is still required to establish dose - responses in various population groups, from the frail to elite athletes. Never-the-less, currently, stimulation <20 Hz is considered to improve muscle relaxation. Stimulation in the range 30-50 Hz improves muscle power. Stimulation at higher frequencies (>1g and >50Hz) needs to establish a risk-benefit ratio in various population groups. Currently, when considering dose,  we suggest a familiarisation period of 2 weeks, with short duration sessions (10-20 minutes), incrementally increasing these up to an hour in healthy population groups. A similar strategy can be employed during rehabilitation, so long as functional outcomes are being monitored, whereby incremental increases in dose, are reflected through demonstration of continued improvement. Individual technique and fitness levels, as well as the morphology of the person (muscle mass, floppy vs stiffy) will considerably influence the selection of dosage and the tolerability of the WBV stimulus.