A 16 year old female track and field athlete presented with a 6 month history of foot pain. However, it was never enough to stop her from competing and training. She did seek the intervention of a sports podiatrist. She was running 3-4 times per week, playing hockey and touch football. Her identical twin sister was doing a similar amount of exercise.

June 2018 - Combined Inter Schools X-Country race where she experienced no pain during the race which she won, but immediate intense pain once the race was over.

An MRI was undertaken showing a stress fracture of the second metatarsal. A CT scan noted the callous formation either side without union 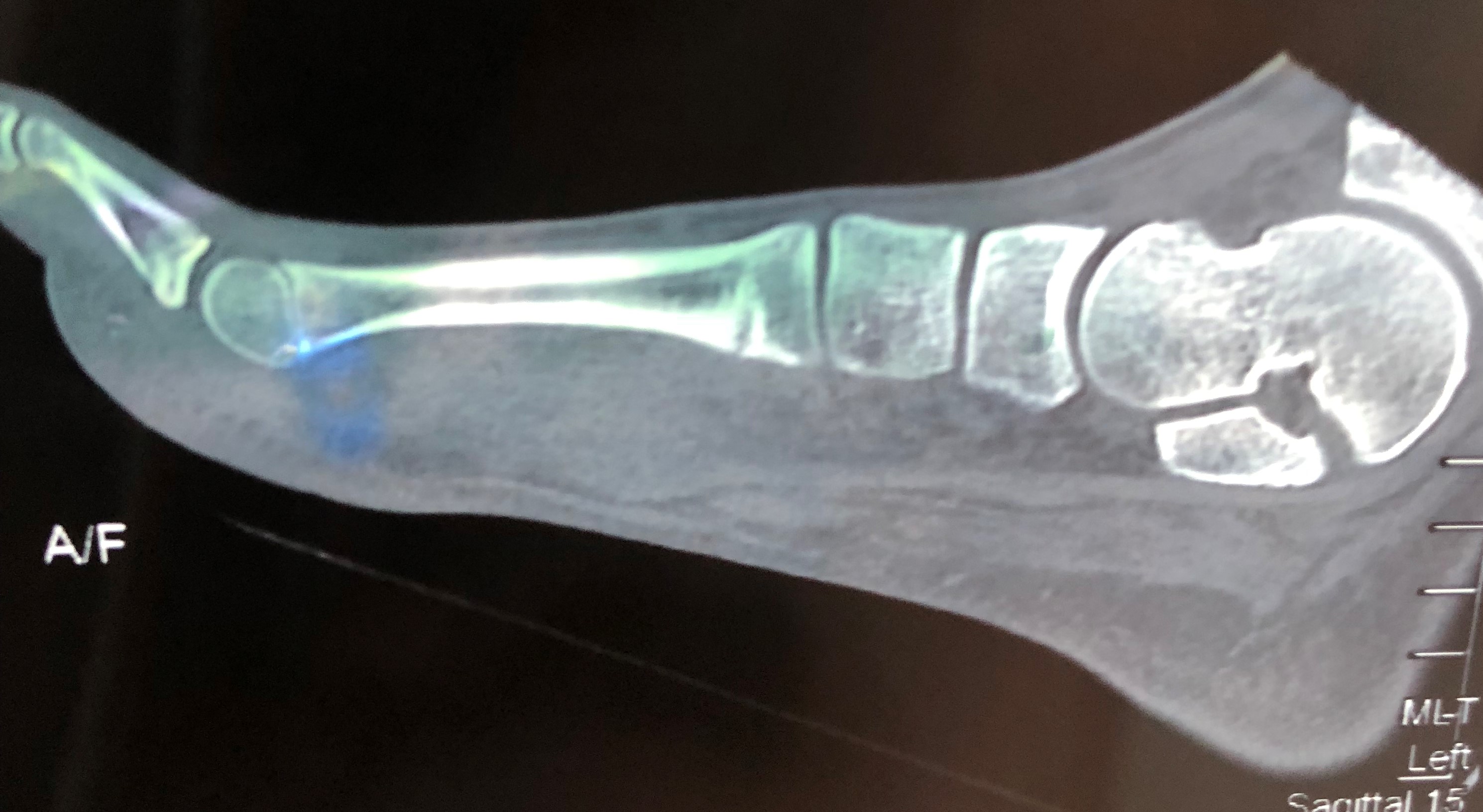 Additional clinical findings were a Mortons toe and normal menarche and menstrual cycle. She was also excessively mobile and potentially has Ehlers Danlos Syndrome 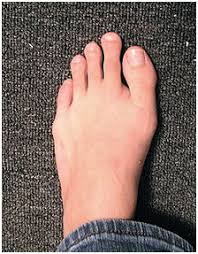 Mortons Toe is where the 2nd toe is longer than the first toe. Biomechanically this results in forefoot pronation and excessive loading of the 2nd ray. In Roman times this was considered a sign of beauty. Vikings generally had the opposite, a very large big toe and much smaller 2nd toe.